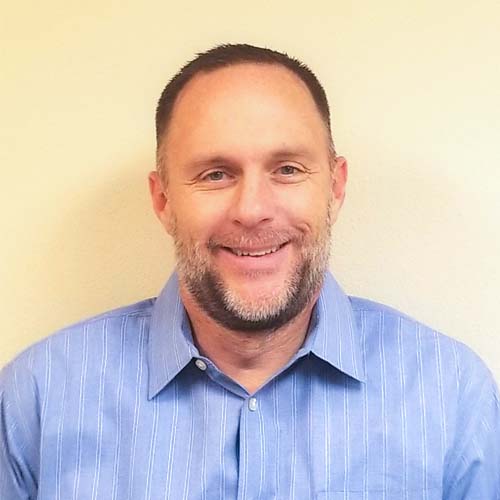 Interviewer: Let’s start with how you got started in Health IT and your history on that.

Miller: Nothing too flashy or too exciting there. I got my Undergrad at CU Boulder where I was involved in a couple of projects. Of course, the phrase of that day was the paperless office. And I don’t think I’ve ever truly seen a paperless medical office. But that was the catchphrase at that time. And it wasn’t just necessarily, “Ooh, we want to get rid of paper charts and make everything into electronic files.” It was understanding the benefit—once you are able to get good discreet data in, then you’re able to use that to chart your results over time.

The concept of getting everything away from the paper chart, and having the ability to report on that organized, discrete data. That’s how I really got started in that. And then, honestly, I started with Primary Care Partners in 1999 and I’m here 20 years later. It really was straight out of college to here so there really wasn’t anywhere in between. So like I said, “Not too flashy.”

Interviewer: What made you want to go to Primary Care Partners?

Miller: I was from the Grand Junction area, so it was really coming back home. But I had done a little bit of consulting for Dr. Page and Dr. Omura and Dr. Madrid. So they kind of led me into that as well.

Interviewer: Okay. And then in your opinion, what makes community collaboration work between everybody, especially with all the different silos and the different online access and all of that?

Miller: With the Grand Junction area, looking back, it’s probably that everybody had those common goals, the buzzwords you still hear today: reduction in cost and better patient care. I mean that’s the ultimate goal. But it’s everybody buying into the same goal. why duplicate tests? We’ve already had it performed at your primary care physician. When you go see a specialist—why rerun that test? Let’s have a common goal to share and not be competitors. And honestly, since I’ve been with Primary Care Partners and then back here in the Grand Valley, I’ve never seen anything different. I mean, it was always: we have this data, I don’t own this data. Let’s share it. Let’s not work in that silo. So I think that common goal of sharing is really what drives the community collaboration.

Interviewer: Is that all through QHN {Quality Health Network}?

Miller: It is. QHN is kind of, what I call, a spoke and wheel. They’re the central point. They’re the hub that shares. But even before QHN came into that role, when each office was on their own separate EHR or EMR (electronic health/medical record), we were able to do direct interfaces back and forth with community and with St. Mary’s, where we were getting that information electronically. And then we were able to share that amongst ourselves.

So we were able to get in—at the time it was Meditech—and get that data. So we were doing the point to point interfaces early on and then once QHN came into that role, we had a little bit of an infrastructure with those point to point interfaces between Primary Care Partners and St. Mary’s and the community. And then we kind of redesigned those and pointed everything into QHN. So I didn’t have to go talk to 10 different hospitals and QHN didn’t have to talk to 10 different hospitals. We could all work with one common hub. So yes, it drove it, but I feel like infrastructure was already working towards that with point to point interfaces.

Interviewer: Okay. And then that kind of answers question three, that planning process that led to QHN creation, that all was already kind of in place?

Miller: So yeah, so looking back, the planning process would have been even before I was really involved—we’re talking mid-nineties, early nineties. They had what was called the Rural Health Information Network, or the RHIN. The whole idea was to network physicians and hospitals in the Grand Valley. So really, the Rural Health Information Network, was the concept of what it was going to be. It never got to the level that QHN is. But it was, “I’m a silo, I have my data, the hospital has their data, but how do we build it on a common standard, instead of having to build a special interface for Primary Care Partners and for St. Mary’s?”

And as far as the goal setting change, going into that community collaboration, it was, in my opinion, kind of a natural evolution. Everybody wanted to share the data. Everybody understood, if you share the data, you’re reducing costs, you’re reducing duplicates, you’re making better patient care. So, I mean, it was just the drive that was already there, it was just a continuation of it.

Interviewer: And what if you were to break down the barriers of collaboration?

Miller: Breaking down the barriers is not owning that data. It’s not being the guardian of the patient information, the patient data. It’s sharing and understanding that we’re not competitors. I’m in no way a physician. We’re not competitors. Really the ultimate goal is to the patient, and it’s any resources you can share, whether that’s data, whether that’s how you build an interface and then how you deal with this issue.

Interviewer: Right. And it all goes back to that original goal of making sure the patient is taken care of.

Interviewer: And how do you view frailty as a clinical entity? What makes it so unique and challenging in your experience?

Miller: I mean, I’m obviously on the technical IT side, but from a personal point of view, it’s seeing somebody transition as they get older to end of life care. It’s something that is a touchy subject and it’s a hard subject—seeing my family members, my grandparents go through it. A lot of people don’t want to talk about it.

And just being in these meetings, hearing it talked about, it’s like… it’s something you don’t have to tip toe around anymore. Yeah, you don’t want to lose a loved one or a grandparent. But why do a hip surgery at 99 years old? I mean, that’s where you can look at these numbers and you can see and give somebody a tool that helps them talk about it. You can hand a piece of paper to a loved one and say, “Look, it’s something to grasp onto and to visualize.” It’s opening the door to a tough conversation. That’s just my personal perspective.

Interviewer: On the IT end, is there anything that relates to this that you think you would see a change, if people were starting to receive better care?

Interviewer: What have we learned so far about formatting data through QHN to enable the evolving context of frailty? And again, from your IT standpoint?

Miller: So when we first started this project, a lot of the ways QHN, PCP, and Patient Pattern were looking at using HL7 messages, were usually just text based, meaning, it’s just going to be text in that document. And with Patient Pattern and QHN being able to give us what’s called a encapsulated PDF in the message, we can actually then take that HL7 communication mechanism that we already have in place, and build it into a PDF and put it into the EHR. And you have the graphs, you have the color, you have the formatting that’s consistent. So the ability to take that process and put that into the EHR, it’s just like what you see on a printout or on the Patient Pattern website.

The other thing that was pretty handy was that that there was a frailty score, which is a numeric value, right? Patient Pattern was able to pull that out and put it in the HL7 message. And we were able to grab that and put it as a discrete data value just like you would if you had a lipid result. So it’s a discrete numeric value in our EHR, and then we can trend that over time, or you can extrapolate that number out of the PDF report. So it’s not just a read-only document; it actually is a result. And in our EHR world, that discrete data element, that result, is more functional than just a PDF. So that formatting and getting that result out was vital to improve the workflow and to allow the ability to deal with the discrete data.

Interviewer: And final question, once the pilot has demonstrated that data can flow, how hard is it for other sites of care to adopt this new workflow?

Miller: It goes from Patient Pattern to QHN and then QHN to a Primary Care office. From a technical perspective, to be able to duplicate that should be pretty straight forward, if we can share what we’ve learned. As far as the actual workflow, I have not seen how the clinical staff are actually working those processes. That one I probably would not really be able to answer.